2019 has come to an end and it has been an outstanding year for iB Cricket. This year we’ve laid strong foundations as springboards for our progress in the coming years. As we bid the year goodbye, it’s time to look back at the progress we made. 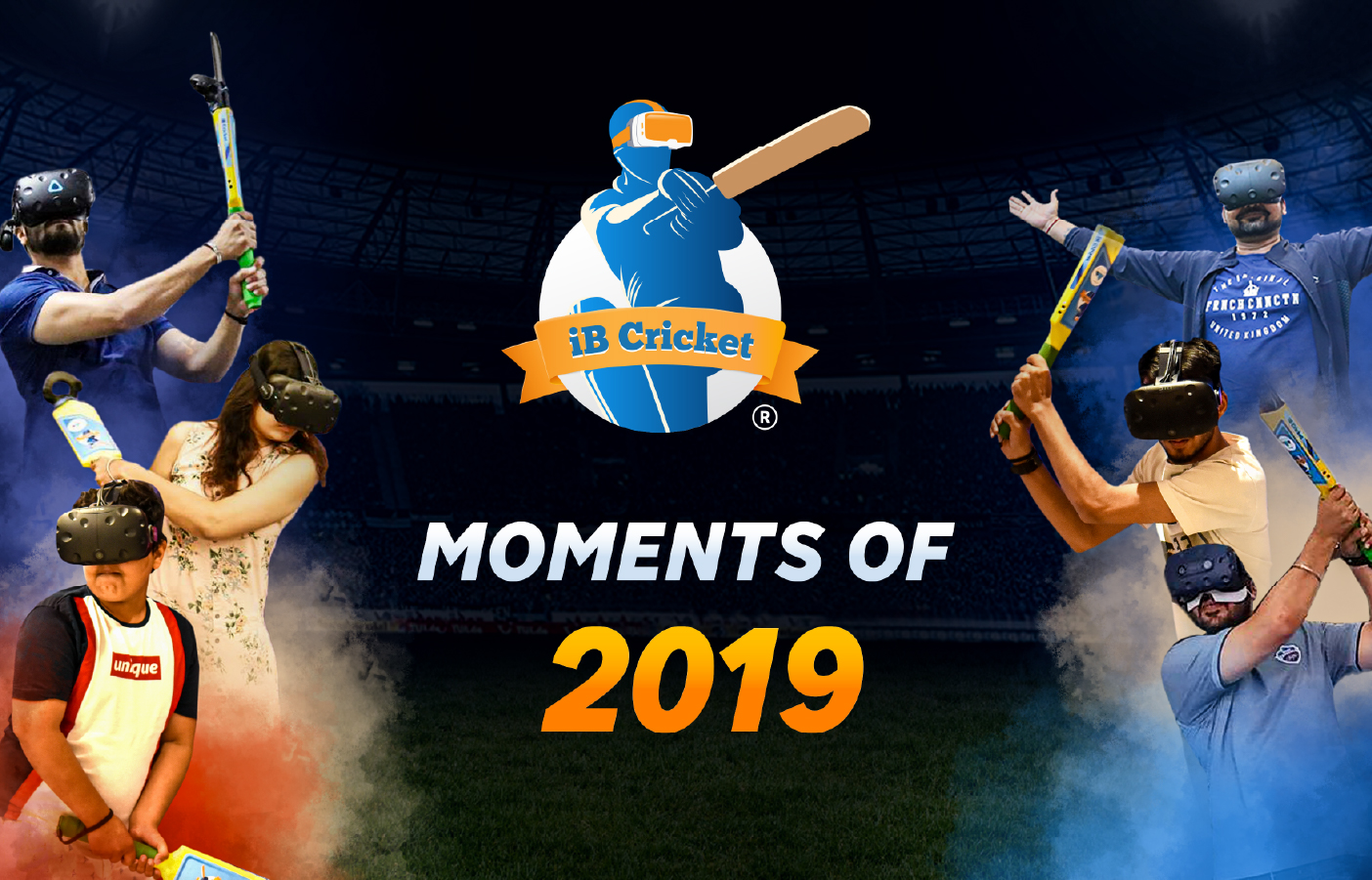 The Rise of brand - iB Cricket

We began this year supercharged! We introduced iB Cricket to the world. The cricketing world witnessed something they’ve never seen before — iB Cricket Super Over League, the world’s first virtual reality cricket tournament.

12 international stars — Right from the legends of the game like Virender Sehwag, Suresh Raina, Dilshan, Brendon McCullum, VVS Laxman to the latest sensations - Prithvi Shaw and Shubman Gill competed in iB Cricket and battled out for the trophy. The show has received 30+ million views so far and still counting.

Before the waves of iB Cricket Super Over League settled, some of the biggest brands in the cricketing world partnered with us.

Five teams — Chennai Super Kings, Royal Challengers Bangalore, Kolkota Knight Riders, Rajasthan Royals, and Delhi Capitals have made iB Cricket their official VR gaming partner to enhance fan engagement. In a whirlwind of 140 events in 60 days, the fans played over 35000 balls competing with the avatars of their favourite players on the field.

And towards the end of this year, the new and quickfire format of the game saw iB cricket as its VR gaming partner — we partnered with the ABU DHABI T10 LEAGUE 2019. The league had some of the biggest cricket stars taking part — Yuvraj Singh, Andre Russell, Zaheer Khan, Lasith Malinga, Eoin Morgan, Chris Lynn and many more.

Not just the cricketing world, movies involving the superstars of the film industry have joined hands with iB Cricket.

In association with the film Super 30, we introduced iB Cricket Super 30 Challenge presenting every cricket fan an opportunity to become a star. Spanning over a month's, this challenge took fans across India by storm.

Also, in partnership with South-Indian cinema superstar Mahesh Babu’s latest movie ‘Sarileru Neekevvaru’, we’re presenting the Sarileru Neekevvaru - iB Cricket challenge across 12 cities. The winners of the challenge would meet the movie’s cast and crew — a dream for any fan. 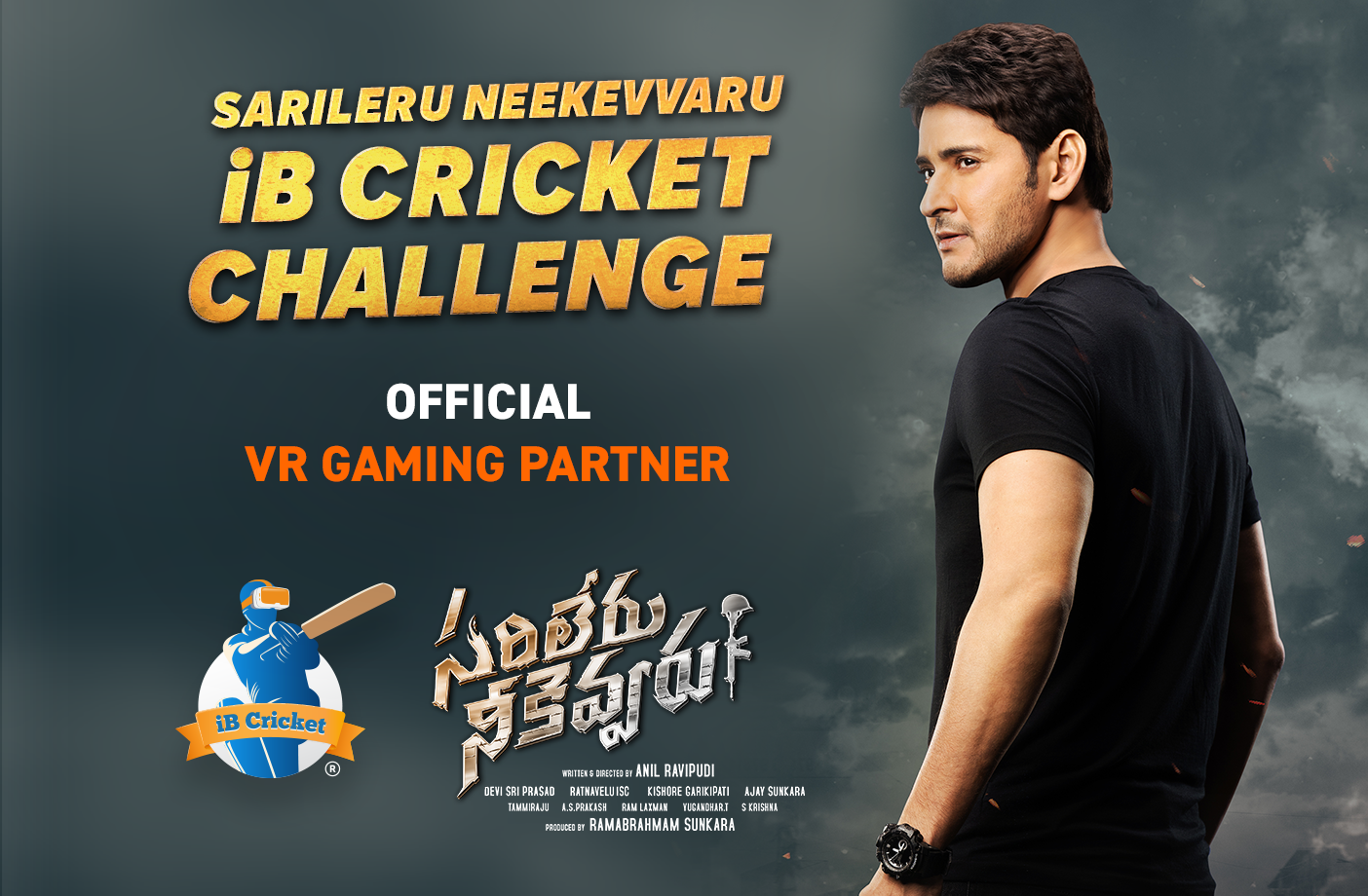 One more legend joined us

This year, we had a great addition to the iB Cricket’s Gaming Advisory Council — The legendary spin bowler, Muttiah Muralitharan joined the little master Sunil Gavaskar and the voice of Indian cricket Harsha Bhogle.

With over 150 world-class cricketers involved with iB Cricket through various events and partnerships — iB Cricket has achieved a celebrity status across the globe.

This year, we formed a comprehensive business network including potential sales partners across 5 continents. Now, a robust launchpad is ready for iB Cricket's rapid global expansion and deeper penetration across countries in our next steps.

We flew across the seas taking iB Cricket to 7 countries — the USA, the UK, South Africa, Australia, Sri Lanka, Singapore and the UAE.

Across these countries, we did a range of activities, in collaboration with the leading corporates, cricket academies, luxury hotels, leading malls, restaurants and many other entities.

During the cricket world cup, Bharat Army, Team India’s No1 Global Supporters Group, joined hands with iB Cricket to encourage the men in blue at the grandest stage.

We’ve set up iB Cricket experience zones at exclusive events across the countries delivering memorable experiences to fans and gaming enthusiasts. In every event, iB Cricket was under the spotlight pulling everyone to the zones and charging up the atmosphere with excitement. 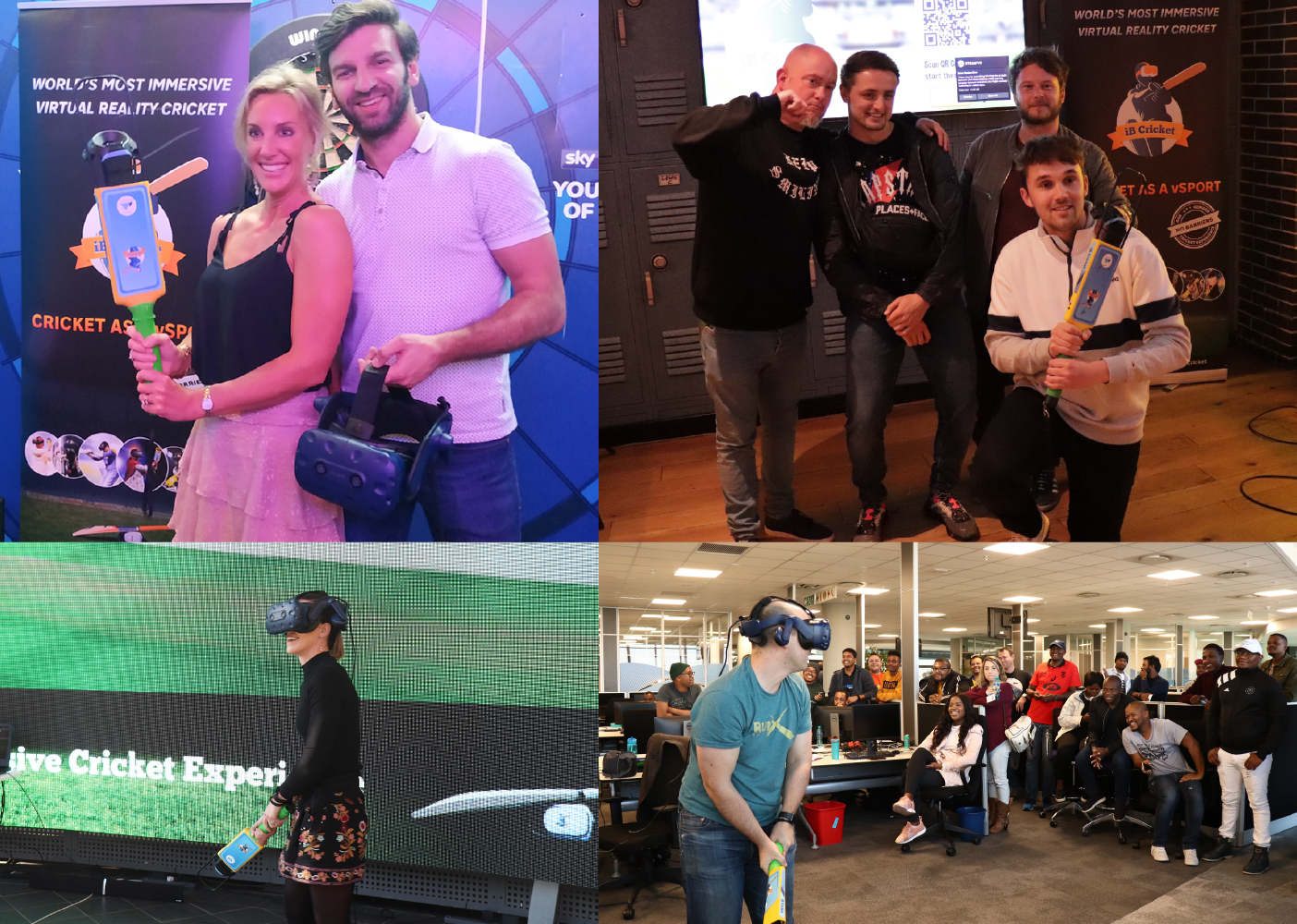 So far, 1.5 Million+ balls have been played by people from over 35 countries. And 98% of them said: "iB Cricket is Amazing!" 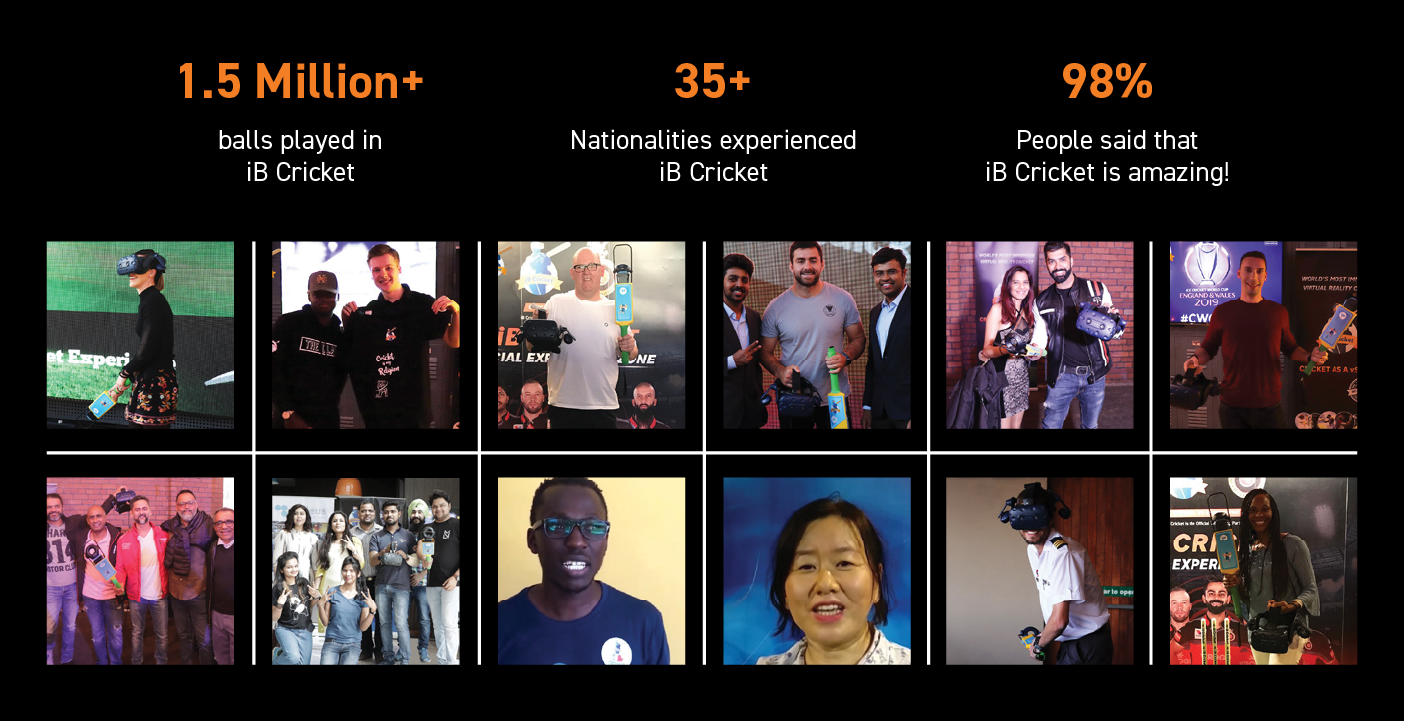 iB Cricket experience zones went to 80 corporates across 8 nations. The game turned the workspaces lively and cheerful. With this extensive network, the ground is set for iB Cricket’s corporate tournaments on a large scale. 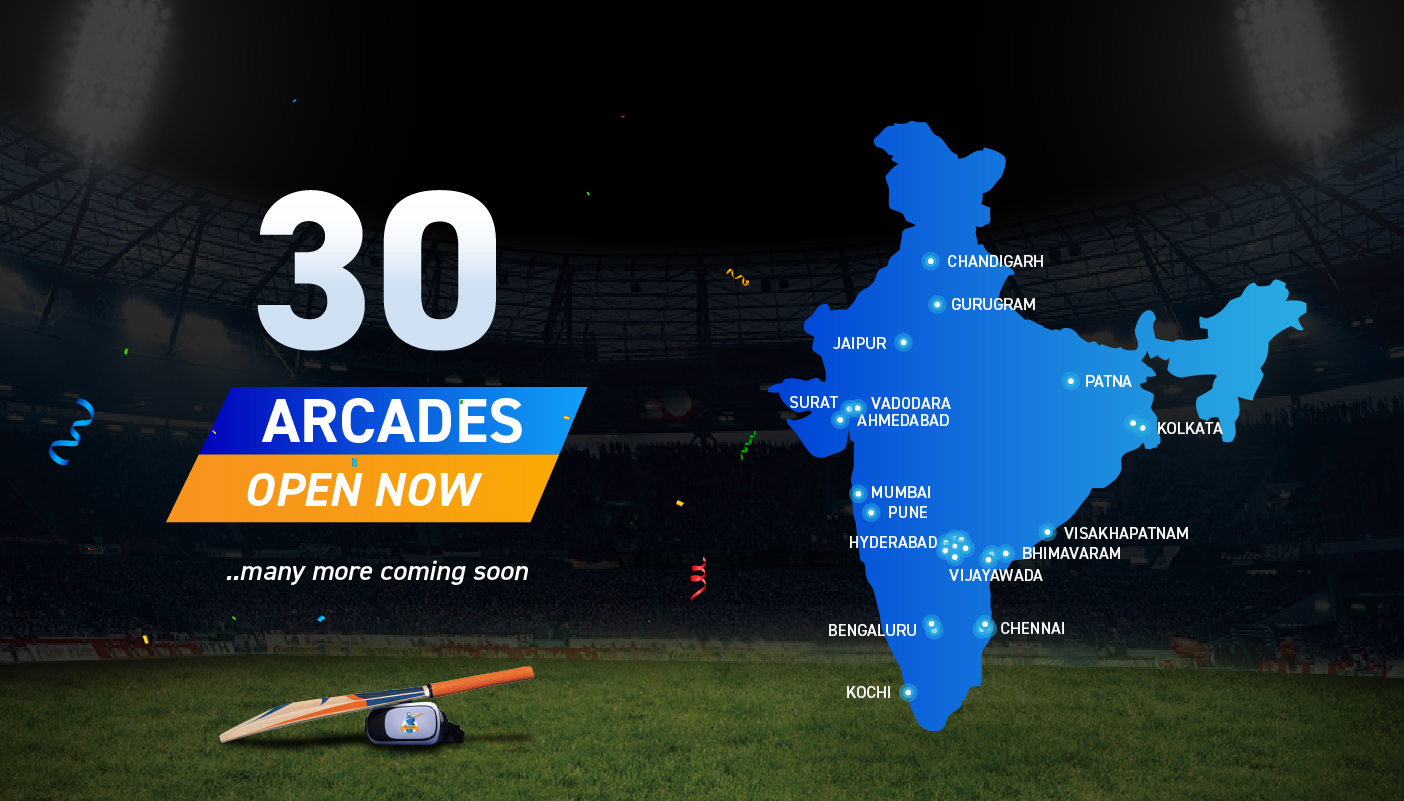 In India, iB Cricket arcades grew multifold this year. With 30 arcades across India, the game now is much closer to the fans. With presence all over the country where a billion hearts beat for cricket, the coming year calls for a blast of iB Cricket tournaments and challenges to fans.

The world appreciated our efforts

Recognizing our world-class innovation and rapid growth, iB Cricket was awarded ‘Startup of the year -VR technology’ by Entrepreneur India.

With our various activities, iB Cricket became a buzzword among the media. Over 150 media houses focused their spotlights on iB Cricket with more than 250 articles.

To sum up our activities across 5 continents in 2019, all the platforms have been set to catapult iB Cricket to incredible growth and progress next year and the years to come.

It’s been a great journey for us throughout the year. Wherever we went, it was all happiness. iB Cricket lit up fans’ faces with surprise, excitement, joy, and thrill — All at once.

We’re entering 2020 with full vigour to make it more memorable. In 2020 too, our focus will be primarily on iB Cricket’s penetration across the globe — in the US, UK, Australia and the rest — followed by a greater focus on deeper penetration in India.

Here is a happy teaser for 2020 — iB Cricket is the official VR gaming partner for the Road Safety World Series 2020. The league involves the greats of the game like Sachin Tendulkar, Brian Lara, Jonty Rhodes, Virender Sehwag, Brett Lee, Tillakaratne Dilshan and many more.

Also, we’ve partnered with the movie ‘83’ — the biopic of legendary Indian cricketer Kapil Dev starring Bollywood’s superstar Ranveer Singh in the lead role — for the film’s promotion with iB Cricket. You’ll see Ranveer Singh show his batting skills in iB Cricket and call upon his fans to play iB Cricket. 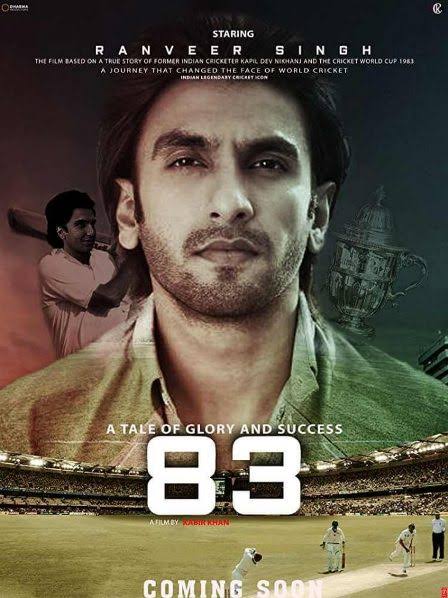 Excited? So are we!
Ask us what gave us the strength for all the relentless activity?
It’s the support of iB Community!
Here's a big thank you to each and every one of you from the bottom of our hearts.