A team like Royal Challengers Bangalore, considered as the most exciting team, is bound to have an even more exciting set of fans. RCB has the most electrifying crowd and the fans flock the stadium in numbers to support their team. Just watching RCB players roar on the pitch makes the fans in the stands go crazy. Now, imagine their heights of celebrations and bliss if they get to play alongside their favourite stars. That is exactly the opportunity RCB served them with.

Through iB Cricket, the fans were put in a scenario where they wouldn’t have imagined themselves to be in. They got to play cricket in a virtual world-class stadium alongside their favourite RCB stars. And what happens when you see the virtual avatars of Virat Kohli and Ab de Villiers pitted against you? You can barely contain your excitement and that was the case of every fan who tried this VR Cricket.

We are happy to partner with iB Cricket for taking the fan engagement to a whole new level. All the cricketers are enjoying the experience of iB Cricket. This immersive virtual reality cricket has great potential to enthral fans. This IPL season was exciting for all the RCB lovers, cheering for their team and playing iB Cricket.
-Mr Sanjeev Churiwala, Chairman, RCB 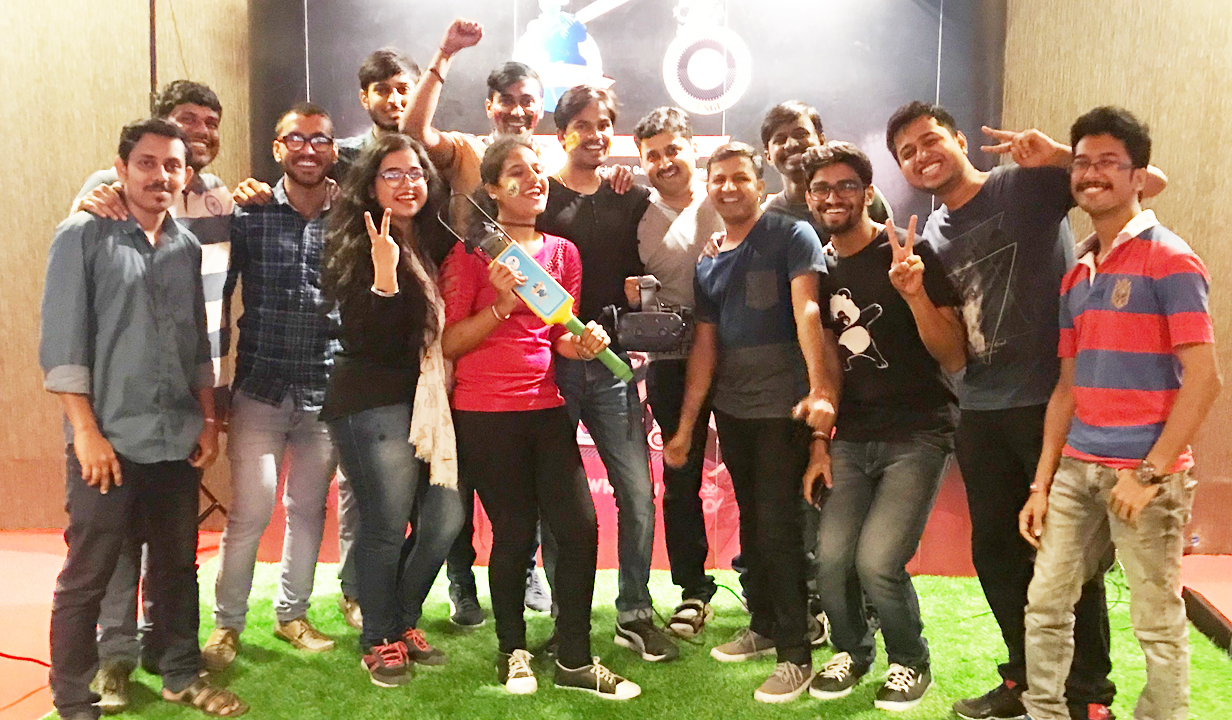 RCB fans put their bold to the fore as they were placed at the centre of the action. The fans put up an exuberant show, smashing the balls everywhere in the virtual stadiums of iB Cricket. Not many can boast of the fact that they’ve faced the bowling of Yuzvendra Chahal and Umesh Yadav, but these fans even got the bragging rights for hitting these players for boundaries in this virtual game

People who experienced iB Cricket said that whole experience is so immersive that for the entire duration of the game, you feel like you’re playing from right in the middle of an international stadium with thousands of fans cheering for you.

iB Cricket goes very well with RCB’s “It’s Her Game Too” campaign where they promote and talk about how girls are equally equipped to play and understand this beautiful game of cricket. A lot of female fans tried their hands at iB Cricket, and without any surprise, they were very good at it. iB Cricket provides a level playing field where people can compete together irrespective of their gender or age bracket. A 10-year old kid to a 80-year old senior citizen, all can enjoy this game equally. You don’t need to apply a lot of force in your shot as the game is all about timing. Just time the ball well, and the power is automatically generated by the electronic bat giving you good value for all the shots played.

Even though RCB haven’t got their hands on the coveted trophy, their fans have always had their back, and this gesture by RCB was a small token of appreciation for their continuous support. The fans were elated to be a part of this experience and couldn’t thank RCB and iB Cricket enough for this opportunity. It amped up the experience of the Bengalureans leaving the fans impressed as they urged everyone to try this virtual game of cricket.