The Story of Virtual Reality

The timeless idea of entering new worlds, is universal in human history across all cultures. Let’s take a closer look at the major milestones in the journey of Virtual Reality technology.

As humans, we dream. We seek to transcend the reality into worlds of our own. We become a superhero fighting evil forces to save the world. We visit unfamiliar places -- they are at times beautiful, at times adventurous or even haunting. We travel through time -- we foresee the future -- we revisit the past to relive the moments of our lives. But, whatever the worlds we visit in our dreams, it's merely our imagination -- we are incapable to experience this excitement through our senses. Or, are we? 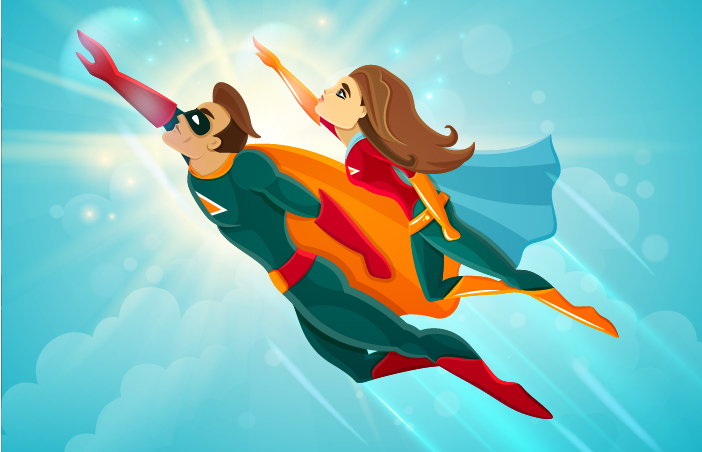 What if we could experience the exciting worlds of our dreams when we are wide awake? Sounds Surreal?1

Our perception of the reality around us is framed entirely based on the inputs our senses provide to our brain. If we can tailor the information our senses capture, we can change our perception of reality. We would be able to see, feel and hear, and ultimately experience things that never existed in reality. This is exactly what Virtual Reality does.

Virtual reality is the use of computer technology to create the effect of an interactive three-dimensional world in which the objects have a sense of spatial presence.2 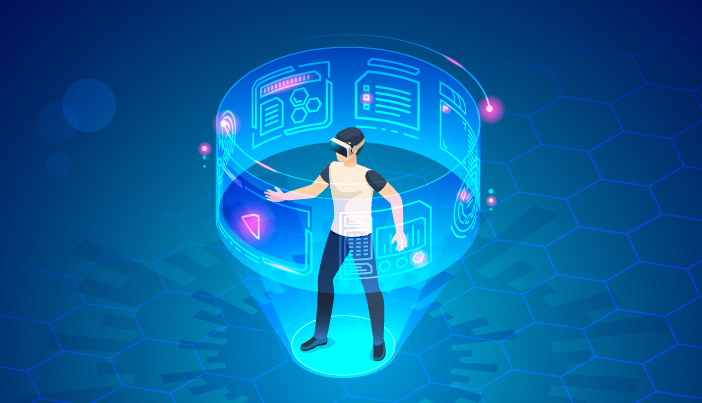 The idea of VR is not new

The timeless idea of entering new worlds, is universal in human history across all cultures. However, the idea of modern day virtual reality manifested first in a science fiction in 1935. Stanley G. Weinbaum's science fiction story Pygmalion's Spectacles 3 was the earliest recorded reference to Virtual Reality.

But listen--a movie that gives one sight and sound. Suppose now I add taste, smell, even touch, if your interest is taken by the story. Suppose I make it so that you are in the story, you speak to the shadows, and the shadows reply, and instead of being on a screen, the story is all about you, and you are in it. Would that be to make real a dream?

The evolution of VR4

Since its inception 180 years ago, the idea of Virtual Reality has come quite a long way from its beginnings limited to imagination and books to its modern form as a technology accessible to every dreamer. The road wasn't a smooth one. From humble beginnings, excitement, rapid developments, disappointments, anticipation, encouragement and acceptance -- it has been through a lot of ups and downs.

Let's take a closer look at the major milestones in the journey of Virtual Reality technology. 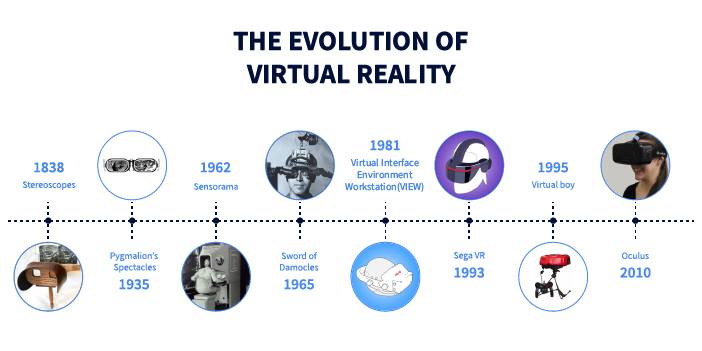 The first baby steps towards creating a life-like alternate reality is the invention of the stereoscopic devices in 1838. These stereoscopes (initial prototypes of today's 3D glasses) had a pair of mirrors at 45 degree angle to the user's eyes which created the necessary depth and volume to the image presented. Interestingly, these devices were made even before the practical photographic process was in existence, so drawings were used.

The great influence of Pygmalion's Spectacles in 1935, inspired a wave of discoveries. Many people attempted to create virtual worlds independently and simultaneously.

In the early 20th century, with the advent of electronics and computing technology, the quest for stimulating all the senses gained pace. 'Link trainer', the first flight simulator built in 1929 was used to train more than half a million pilots for World War II.

Virtual Reality made an appearance in popular writing once again in the essay 'The Cinema of the Future' The author Mr. Morton Heilig went ahead and built a prototype for this named Sensorama, an experience theatre, in 1962. Sensorama can be called the first practical project which led to the invention of Virtual Reality

It was an arcade-style theatre cabinet where the user would be strapped on to a movable chair. The device could supply stereo sound, and also had tracks for wind and aromas to be triggered during the film, stimulating all 5 senses. He also went on to create the first head mounted display (HMD) for stereoscopic 3D and wide vision with stereo sound.

In the following years, many modifications were made to the HMD. 'Headsight' that included motion-tracking was used by the military for remotely monitoring hazardous situations.

In 1965, Ivan Sutherland reported the concept of 'Ultimate Display' and 3 years later he and his student, Bob Sproull, built 'Sword of Damocles' which came with additional features like graphic generation and computer integration. On the downside, the users had to be strapped to a heavy device.

The next big development came with NASA's project for creating an affordable pilot training system for manned space missions. In 1981, they began working on the Virtual Interface Environment Workstation (VIEW) -- the first system that combined computer graphics and video imaging, 3-D sound, voice recognition and synthesis, and an HMD.

Since mid-1980s, they worked on developing systems that permit human/computer interaction. The VIEW Project guided the development of many key VR technologies including head-coupled displays, data gloves, and 3D audio technology. Thus began a new era for VR technology's growth.

Virtual Reality - Making a name for itself

The term ‘Virtual Reality' was coined & popularised by the work of the very famous musician Jaron Lanier in 1987. He had already set up VPL Research - a company which pioneered research into VR and 3D graphics. VPL has developed a line of software for virtual reality applications. They also sold the first VR gear such as VR glasses, data gloves and later, the full data suit. Data glove was one of the main developments in the area of VR haptics. 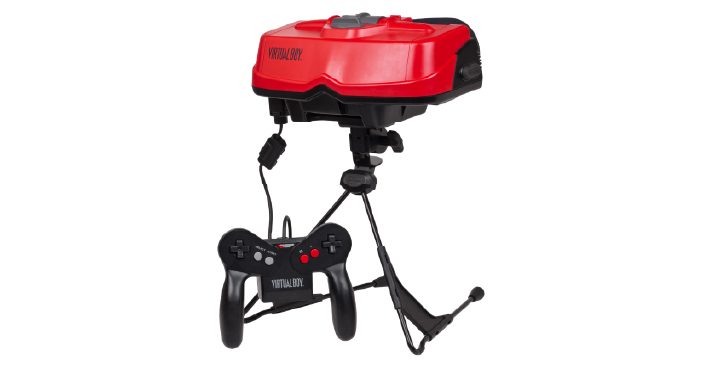 With this, several companies were born that offered products in Virtual Reality. Virtuality group came up with a range of VR gaming machines. In 1992, a sci-fi horror film 'The Lawnmower Man' was made, introducing Virtual Reality to a wider audience. In 1993, SEGA introduced SEGA VR, with four original illustrious games. In 1995, Virtual Boy, a table-top 3D video game console, was made by Nintendo which was stopped within a year due to dissatisfaction from its low-level immersion.

Even with a PC powered VR Headset in 1995, and with games like Quake and System Shock, the hardware limitations and lack of financial backing meant VR wasn't going anywhere fast.

With PCs becoming more powerful in 2000s, the scope for new and innovative ideas became wider. Things have started moving faster for VR and by now, there was a sharp interest among the general public towards virtual reality.

In 2010, 18-year-old Palmer Luckey designed the rough prototype for Oculus Rift with a 90-degree field of view. This design would be the first of many, marking the start of VR as we know it today.

Oculus started a campaign in Kickstarter in August 2012. Within four hours of the announcement, Oculus raised $250,000 eventually ending with $2,437,429 within just 1 month. The company was purchased by Facebook for $2 billion on March 25th, 2014. In the same month, Sony announced their project Morpheus that would later become PlayStation VR. Google cardboard, a DIY VR viewer, was released in the same month which put the experience of Virtual Reality into everyone's hands. In July 2014, Tokyo-based Fove came up with its headset with eye tracking.

From the year 2016, consumer VR began to rise. The sales of VR Headsets picked up and many people started to design VR experiences7.

Startups and businesses have embraced the medium and are slowly emerging with new ways to keep people indulged in Virtual Reality. HTC Vive, Oculus Rift, and PSVR have been the most bought and used headsets.

VR is being built for smartphones and it's being built as standalone devices. The release of Google Daydream in November 2016 caused a spike in casual mobile VR followed by several companies jumping into the arena to produce headsets for mobile VR.

Today in 2019, though the most sophisticated high-end VR devices come with a headset tethered to a high-powered PC, the launch of Oculus Quest, a standalone VR headset that requires no PC, no cords and no external sensors (rightly called by Oculus as "all-in-one") has lit up the road ahead for VR hardware. The Oculus Quest with its computing power equal to the beasts among the smartphones today will soon find its peers from other leading manufacturers.

The Dream for Tomorrow

Clearly, VR has come a long way from the primal stereoscopic glasses to standalone VR headsets. Though we are in an exciting phase of VR's evolution, there still are challenges for virtual reality industry such as mass consumer adoption and availability of exciting content. The bright spot is that many tech companies are investing and competing in building VR hardware which will ultimately make the devices more powerful and affordable.

iB Cricket is solving the consumer adoption challenge with exciting content and innovative business models. The days of common consumer transcending the reality into a world of their own aren’t too far.

We are building the future of VR landscape through iB Cricket. If you'd love to be a part of this fast-evolving story, contact us here: support@ib.cricket